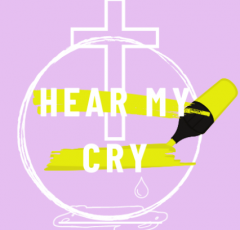 We’ve reached the last week of June already and it is only by His grace. I hope you enjoyed your week and are ready to face the new one ahead! We may not know what it holds but we can hope it all goes well, God willing.

Have there been times where you’ve planned for the next day and expect it to go one way but when that day arrives, something off book happens and all plans for that day were cancelled? Or perhaps you expected to do something one day but things make a turn in a different direction last minute. Either way, what we expect or hope to happen sometimes doesn’t. This week’s verse isn’t referring to how aware we are of the uncertain but our attitude towards it. Whether we mean to or not, we can sometimes appear ‘boastful’–over-confident–in the plans we have for tomorrow.

James mentions an example here ‘…today or tomorrow we will go to such and such a city, spend a year there, buy and sell and make profit…’ [James 4:13 NKJV]. Such a harmless sentence at first glance but it insinuates over-confidence in something we do not know. Because we don’t, in fact, know what tomorrow will bring in order for us to make such a statement.

There are many examples in our lives that we’ve witnessed or heard of that constantly remind us that we have no idea what comes next. Princess Diana’s death is a vivid example. No one knew that by her wanting to get away from the paparazzi would result in her death, including her. As I typed this I just learned that Elephant and Castle station is on fire. (I’m praying everyone is okay) I’m sure everyone had a destination they were trying to get to but no one predicted a fire would break out.

So, when we do have plans, James encourages us to instead say ‘…”If the Lord wills, we shall live and do this or that”...’ [v.15]. Saying “God willing” or “by God’s grace” after or before we mention something we wish to do in the future, shows that we know and acknowledge that we are not in control of what tomorrow may bring but God. It also highlights the idea that we trust God to see it through if it is something that He wills and it helps us know what is right. For example, we’re most likely to say “I am going to a friend’s house on Thursday, God willing” than “I’m planning to rob the bank tomorrow, God willing“. If it doesn’t compliment the “God willing” part, we know it wouldn’t be the right thing to do.

God is telling us that we can make plans for the future but not to think that it’s “as good as done” because we don’t even know how today will pan out let alone the next week, year or 5 years. One thing we can do to almost solidify it is hand it over to God–include Him in our planning and understand that it will only happen if He wills it or gives us the go ahead.

So as we go about our day and week, let’s try to remember to say “God willing” or “by God’s grace” when we plan. As we repeatedly do, it will almost become a reflex and that way we wouldn’t be guilty of boasting!

Until next week, God willing!

2 thoughts on “‘Do not boast about tomorrow, For you do not know what a day may bring forth’ – Proverbs 27:1”